by admin on January 3, 2011
in Uncategorized 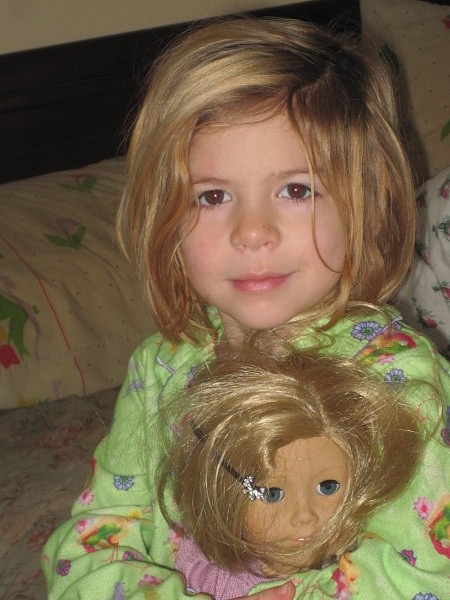 Selena with her twin dolly "Kitt"

Have you met our Ginger Kitty?

We love her to pieces.  Our little Selena Lilly calls herself Ginger Kitty.  At least she used to.  (in fact, most everyone that knows her also calls her Ginger Kitty)  Last week she figured out the the spanish word for kitty is gato.  On her very own she decided that she should now be called Ginger Gatito.

Oh, and she also meows in spanish now too.  Can you say meow-ito?