by admin on January 7, 2011
in Uncategorized

It was dark and we were so tired so we just unloaded what we could and figured out sleeping arrangements and crashed.  We woke up to a beautiful sunny day.  The temp yesterday was up to 80.  Not sure what today holds.

Austin, India and Ginger Kitty spent the morning exploring the house and all it’s many rooms and gardens and terraces -we have 4 terrace areas!!!  We kind of made a game plan for who gets which bedroom and where we might put some items (like the digital piano) and moved other things.  They are enjoying it so far.

Mikee took the car carrier off the roof and I think I heard a sigh of relief from the vehicle.  😉  Then he went out to get some coffee -first things first, you know.

…it’s worth it to use San Antonio, TX as a stop point, (it’s a nice city with great hotels and food easily available) as opposed to Laredo, TX.  The town of Laredo and the crossing in Nuevo Laredo are not really nice places.  It’s worth the extra 20 miles to cross at the Columbia crossing.  It’s smoother and faster.  It’s kind of like crossing at an industrial park compared to a shanty town.

…we prefer stopping in Saltillo for the same reason.  (better hotels and food)  Saltillo is not quite halfway but I would rather drive a little further after a good night of sleep in a nice clean hotel.

We reached an elevation of 7100 feet coming through the mountains.  That is just the road -the mountains are much higher than that.

Here are some pictures from the drive. (Click the picture to get a better view) 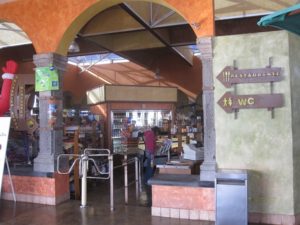 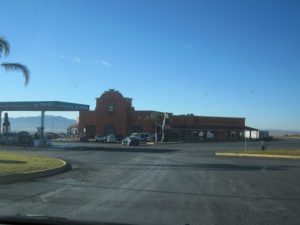 and a real one at that 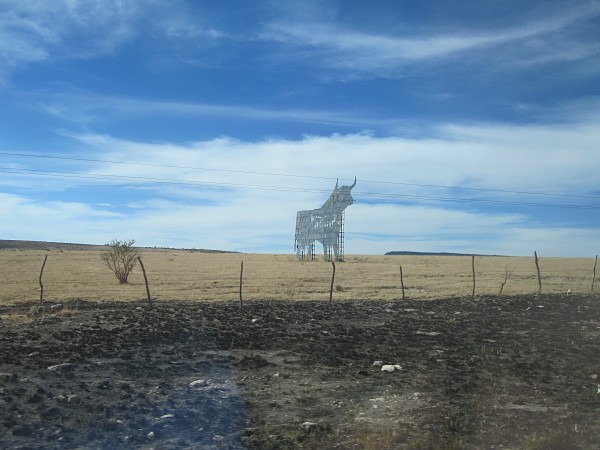 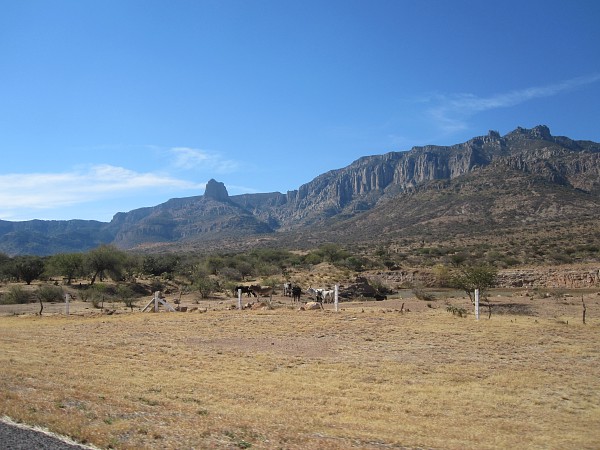 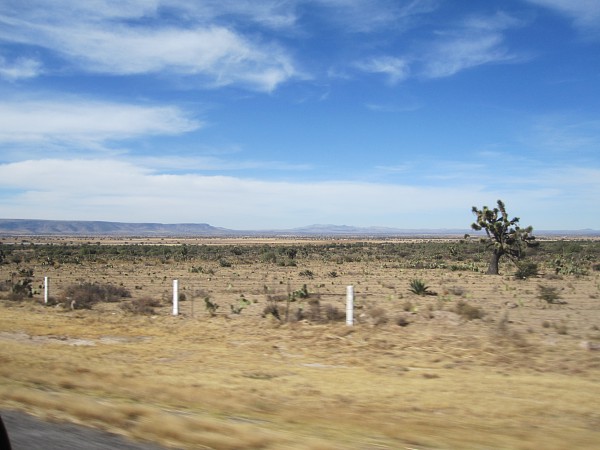 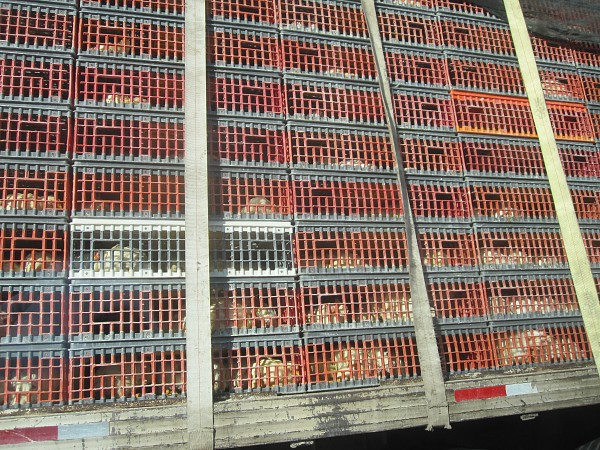 For the most part, the roads are mostly 2 lanes coming and 2 lanes going, often separated by a grass divider, and in good shape. People love to pass and then pull over to the right lane. You don’t normally see anyone hog the left passing lane which is common in the USA.  We had no trouble driving at the regular speed limit of 110KM  which is about 70mph.

But, there is a section after San Luis Potosi where the highway is 1 lane coming and 1 lane going.  So if you need to pass slow trucks struggling to carry their heavy load up the mountain passes at 6,000+ feet, you need to wait until there is no oncoming traffic, say a prayer, and put the pedal to the metal, say another prayer, and pass as quickly as possible before the oncoming car reaches you.  From this point to Guadalajara the roads were pretty rough. One section looks like they are in the process of putting in new roads and bridges, so mean while they have a rough temporary road in use.

Previous post: We made it to our new house!