The WiFi was actually the first thing that we were able to get working.  Mikee hooked up the modem right away so we could get word out to y’all that we arrived safe and sound, do a quick email check and blog posts.  It just needs to get a work order to increase speed.  It is sooo slow.

We originally thought this spot in the kitchen would be a great spot for the family computer.  There is a phone jack.  But no electricity.  Who ever heard of a kitchen without enough electric outlets? 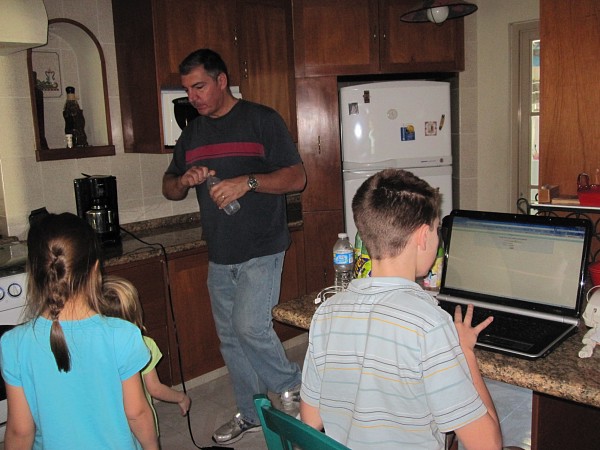 There is an old touch tone phone in the kitchen.  It’s so old that the numbers are worn off.  It’s has lots of static but it works -thankfully.  It’s the only one in the house that works.

We are needing to call the real estate agent but we don’t know how to dial out on Mexican numbers.  And we don’t even know what our phone number is.  Mikee emailed her for instructions on how to use the phone.  🙂

There are a bunch of cordless phones all over the house but none hold a charge for more than 30 seconds.

Here is Mikee’s temporary office set up while we wait on our stuff to arrive.  (yep, this was all in the car for the ride down)  It’s a great spot with good lighting and a fabulous view, but doesn’t get much of a signal from the modem. 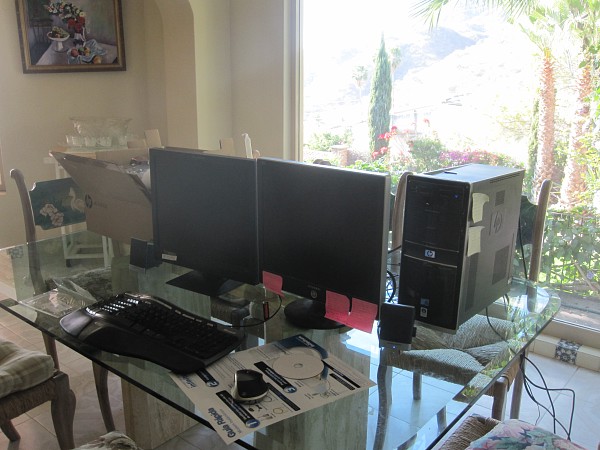 Mikee moves the phone out to this open area (near our bedroom) where the modem is and puts the laptop on a bench as a table and attempts to call TelMex.  Whew!  They have an english speaking person.  He did an ok job but says it can take between 24 and 72 hours to increase the speed of the mode.  Which is probably 1/50th the speed we are used to. 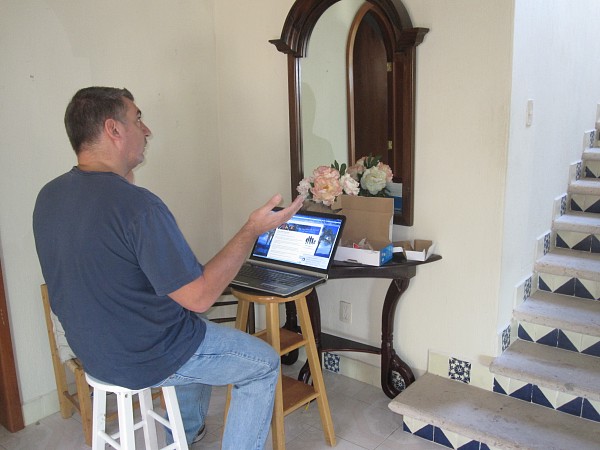 Next post: OUR FIRST WEEK part III …or, how do I lock the gate?

Previous post: OUR FIRST WEEK part I …or, nothing works