A 21st Century Garden of Eden PART II (by India)

You read Austin’s version but this is MY version of our day last Saturday.

First of all we drove up a steep and curvy driveway.  Then I saw a giant enclosure and I thought I saw a chicken in it.  But NO.  It was a peacock -and pecans.  heeheehee.

I saw a peacock before at a farm with my Grammy but that one didn’t have it’s feathers all the way out.

This was amazing!  I liked when it turned around and it shook itself and you could see the vibrating on it’s back feathers.  With his feathers out, he was taller than my Dad! 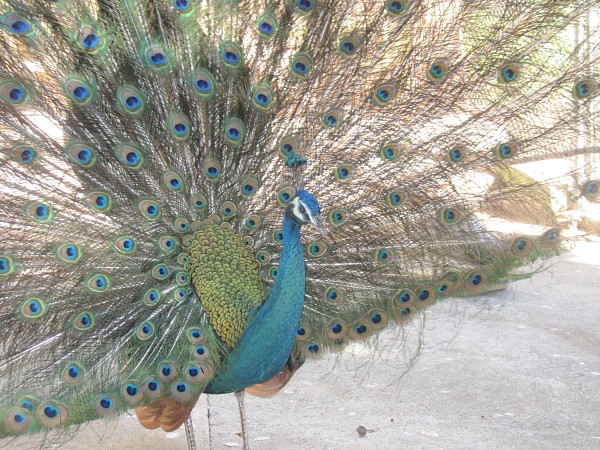 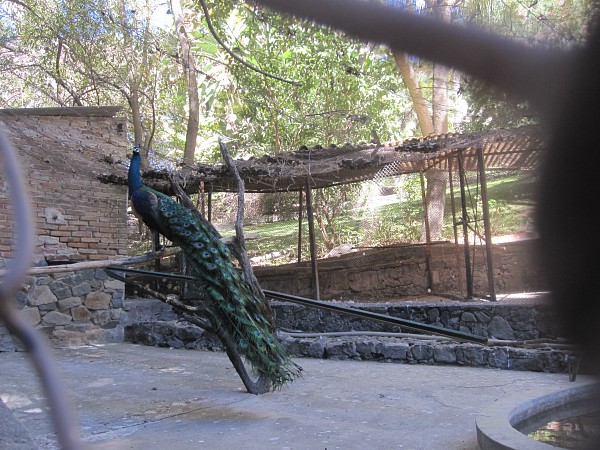 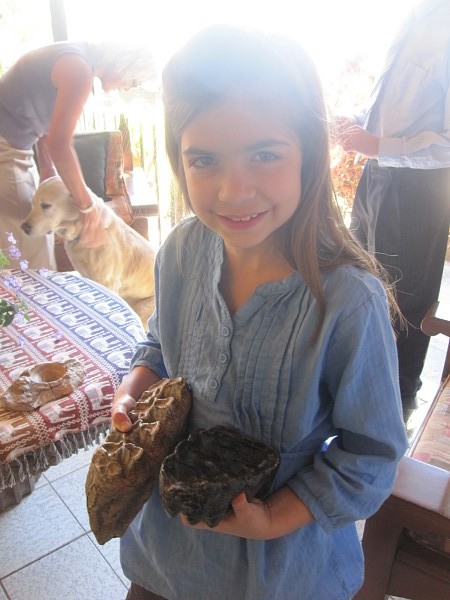 OK, so you got to hear all about Austin holding a real meteorite that came in from outer space.  Well, guess what I am holding in this picture?

Real, honest to goodness, prehistoric teeth from a …MAMMOTH!!!

What do you think of that?

And here are some more pictures of things I saw. 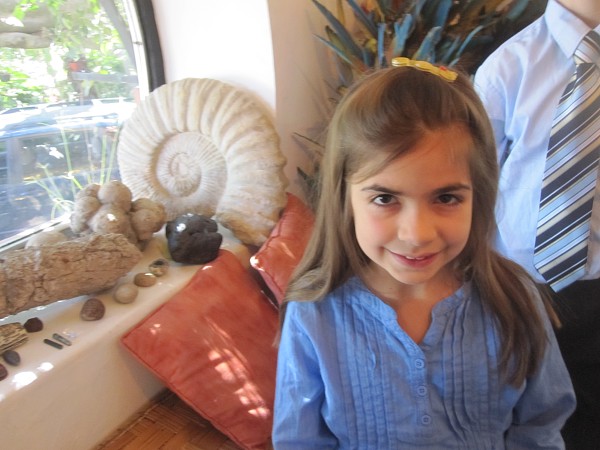 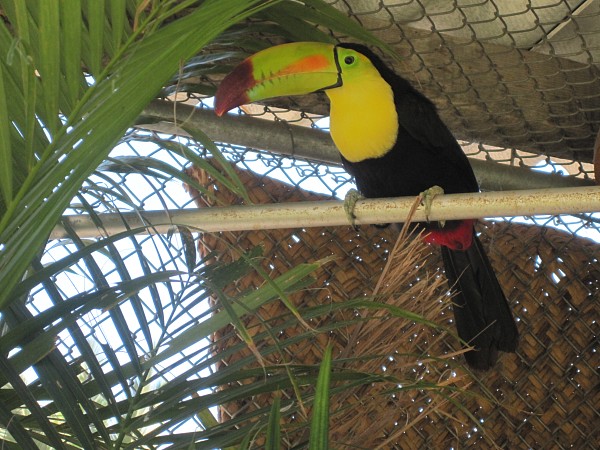 A toucan -my most favorite bird in the whole world 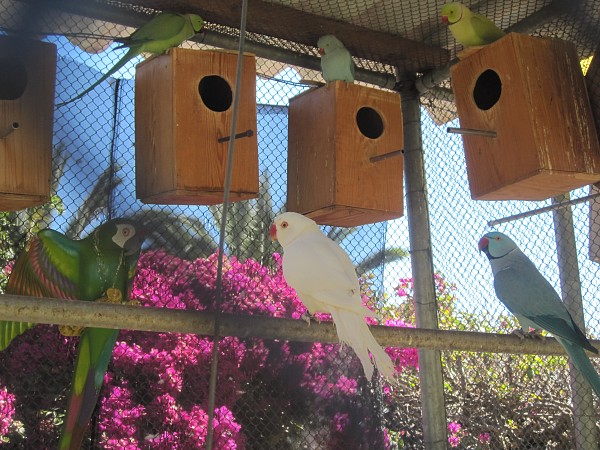 Can you spot the fake bird? 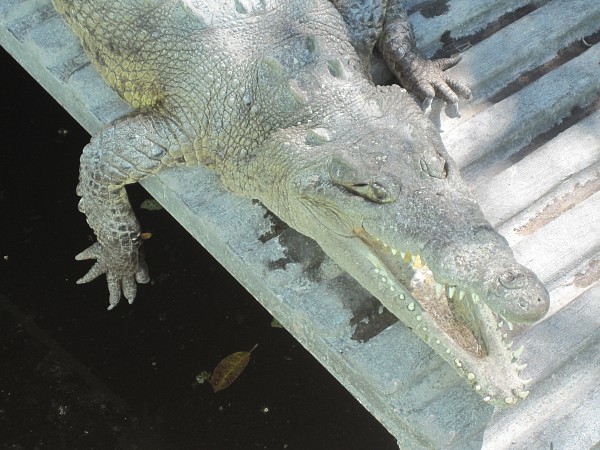 And now who knows this song?

“Never smile at a crocodile”

Next post: A 21st Century Garden of Eden PART III (by Ginger Kitty)