You might be scratching your head right now and saying

“Are you crazy Camille?  You are always writing how things don’t work in Mexico and now you are going to trust your life on a roller coaster in a foreign country?”

If you know Mikee and me then you know that we LOVE a good coaster and find it a temptation we cannot resist.  😉  We used to travel to places JUST to ride coasters and have been grooming the kids for them too.  (Austin still remembers his very first loopy-loop ride at Busch Gardens at 5 yrs and his first ride on Superman at 9 yrs.  India has graduated to big people coasters.  And Ginger Kitty is ready for anything she can get her tiny self on.)  But I also spent some time google-ing Six Flags & Mexico & fatalities and checking out reviews on TripAdvisor.com -just to be sure it was safe.

Actually, it was a very nicely run park.  Perfect amount of staff.  Lots of shade areas.  Johnny Rockets for lunch.  Great proximity of little kid rides to the big kid rides so we could all enjoy ourselves.

How were the rides?

We loved SUPERMAN -it’s a longer ride than the States.  Everyone was able to ride everything they wanted -multiple times.  (The park had a Flash Pass ticket thing.  For about $6 you purchased a ticket that let you to the front of the line on any 3 rides.  Best way to avoid the hour long line for Superman, Batman, Tsunami -all the long line thrill rides. There was a Batman stunt show that was so hoaky I didn’t even take photos/videos except for this one audience member chosen for her… talent.  It has cars driving kind of crazy (but not as crazy as what we drive in real life here on these Mexican roads) and police (but not as armed as the ones we see daily here in Mexico) and some crazy bad guys.  It was a nice opportunity to sit for a while and enjoy a drink.  But it was the only so-so amusement in the entire park.  Everything else was well maintained and lots of fun. 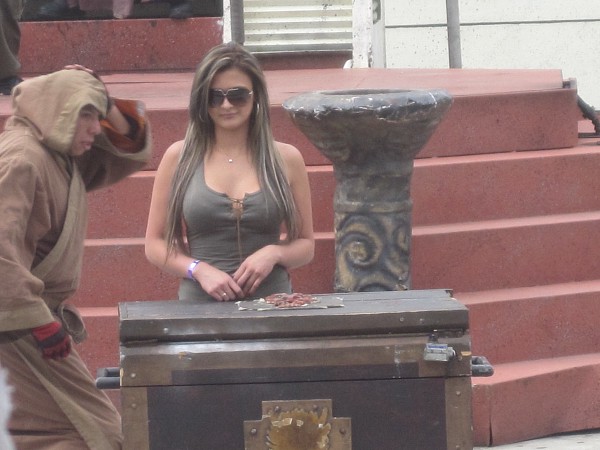 We left from Ajijic Monday with our friends and drove to Toluca.  What a pretty area.  Toluca has lots of trees and green hills.  Then the climb up, up, UP in elevation.  We were up at 10,400 feet!  At that point the elevation drops quickly as the road winds and descends coming into Mexico City. 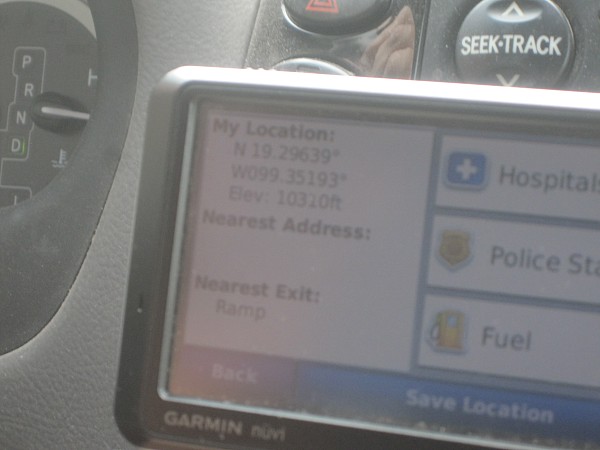 HERE’S A TIP:  We have learned to ALWAYS pack gum as we explore parts of this country.  There are frequent rises and drops in elevation as these roads traverse mountains.  Also, helps with any upset tummies.  My favorite gum to chew is Wrigley’s.  For some reason it’s not always available.  There is Trident everywhere -maybe it’s owned by some Mexican company.  Since March, I have not seen any Wrigley’s in the stores.  (thanks to Gale and Nina for finding some in their travels)  The other day as we were picking up some last minute items at the nearby Walmart, guess what they had? 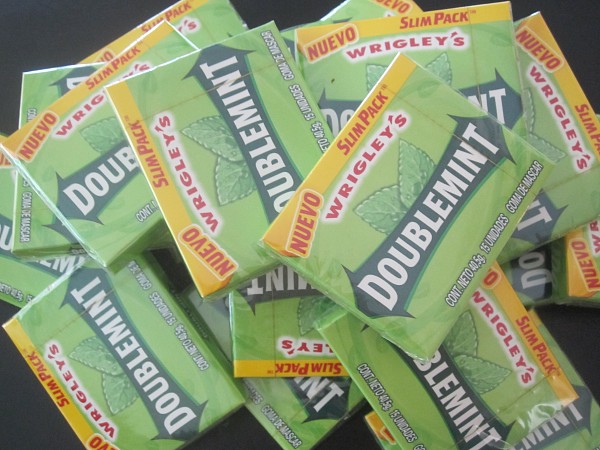 This should last me a couple weeks

Back to our Six Flags trip.  Took a bit of checking to get an actual address.  That is a funny thing here in Mexico -it is tricky to get an actual address.  BTW, it would be impossible to navigate around without a GPS.  Even though the voice drives us crazy and it’s not always a 100% bet, it still gets us mostly to where we need most of the time.  The roads are tricky and there will be 3 or 4 separate forks in the road on a major highway with traffic in all lanes and she will say bear right.  Which one.  The route into Six Flags took us around the streets of Mexico City, through parking lots, over topes (speed bumps) on the main road and at last to the park.  It was not a bad trip or a difficult trip and we are glad to have the GPS. 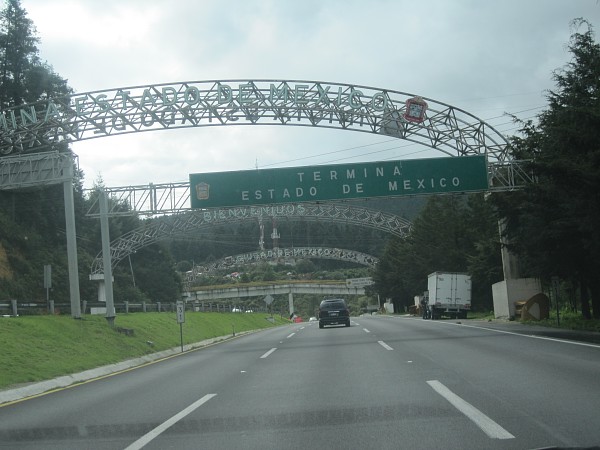 Welcome to the Federal District of Mexico City 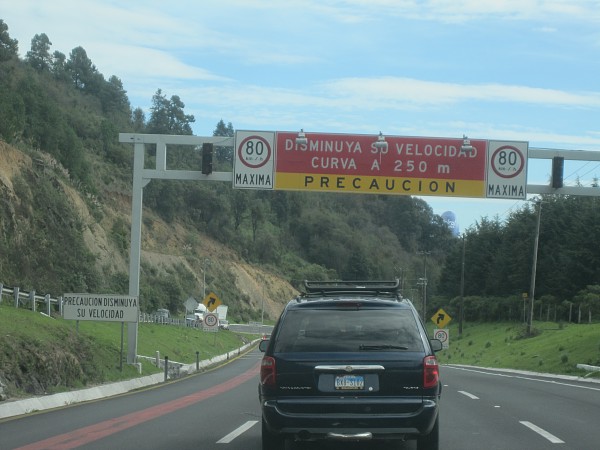 Continuous curves in road are the norm. 80 KM per hour = 50 Miles per hour. 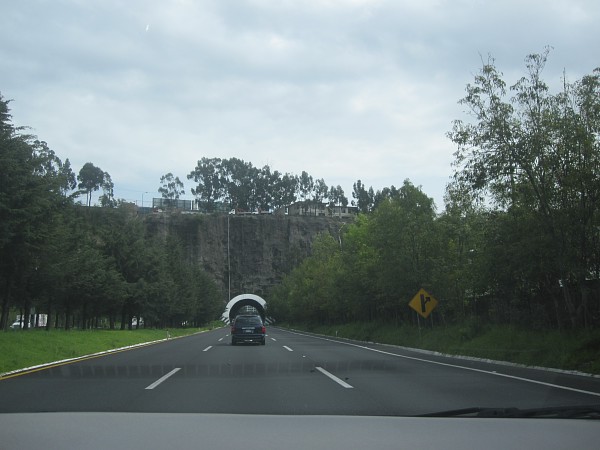 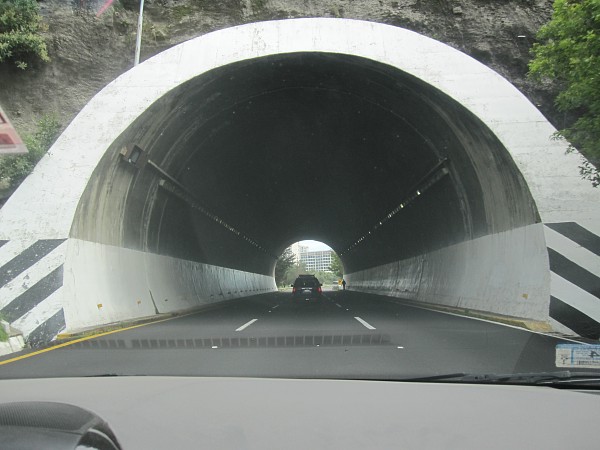 Not as many pictures of Austin and Dylan since they spent every moment possible on the big rides and I spent much of the day with the cutie girls.  There were 9 of us together in the park of all different ages and ride tastes and I must say that everyone had a great time and did all they wanted to the point of satisfaction.  Pretty cool! 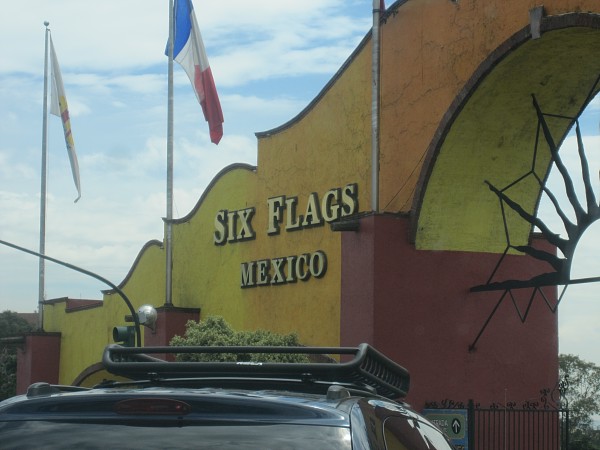 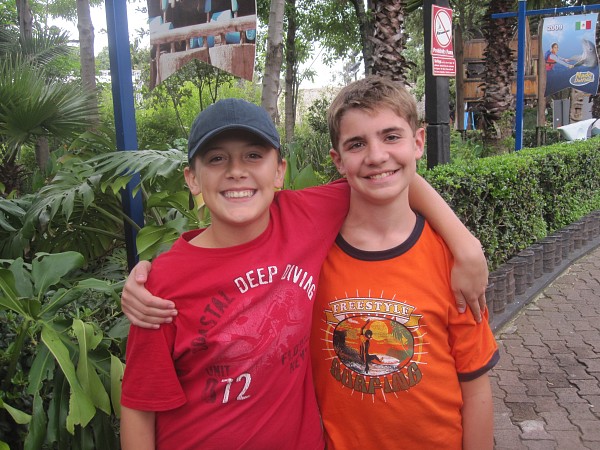 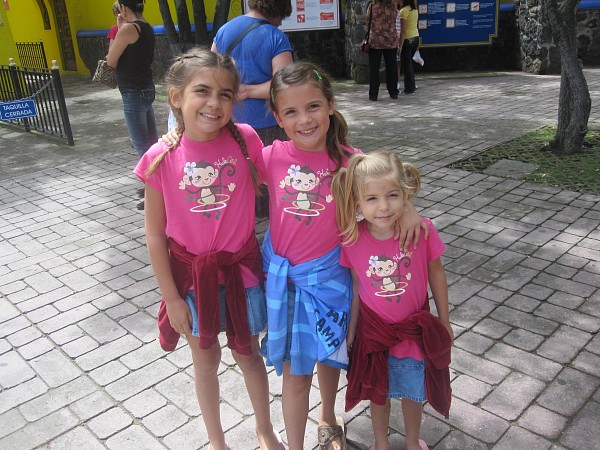 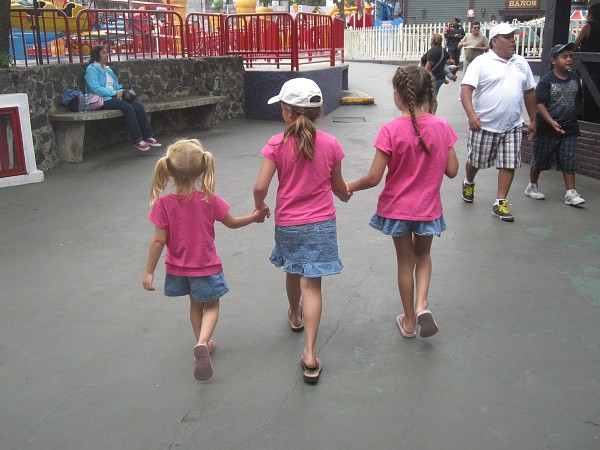 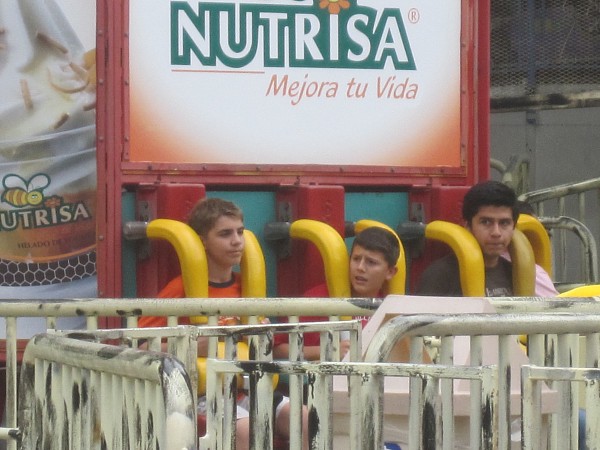 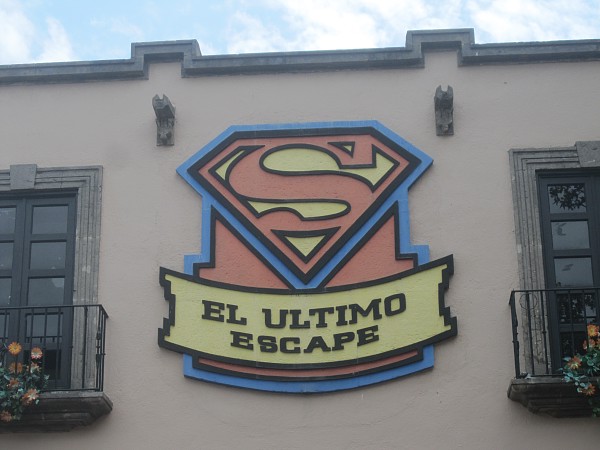 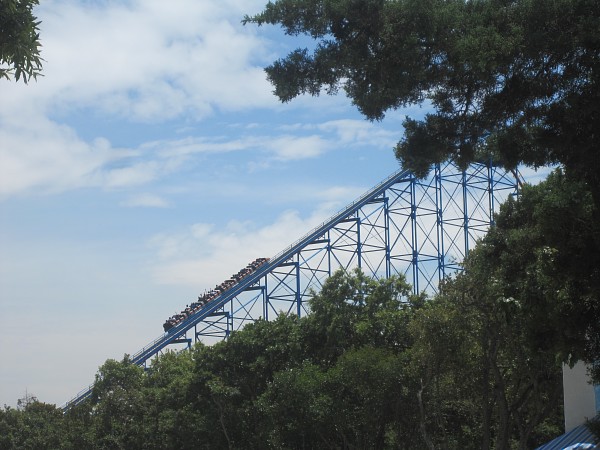 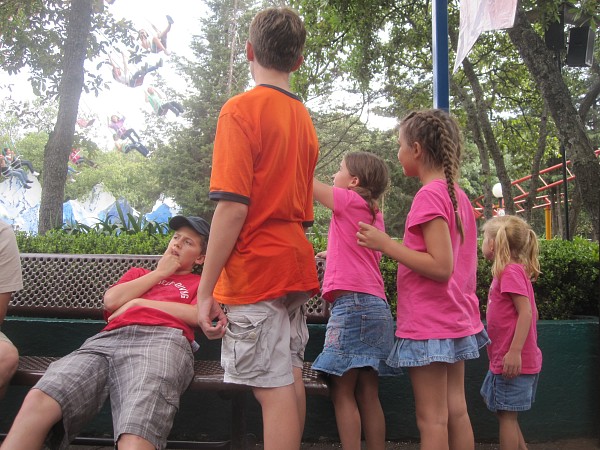 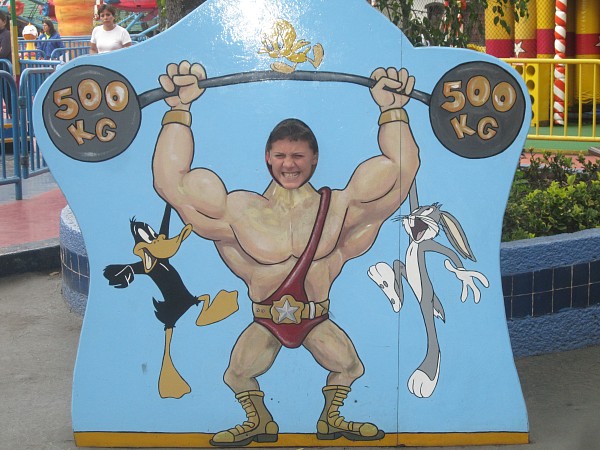 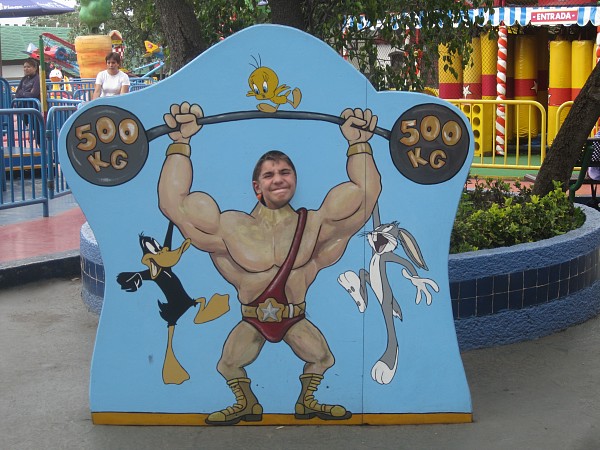 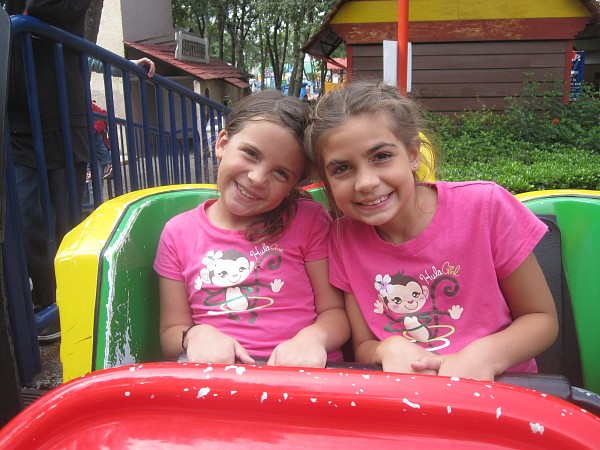 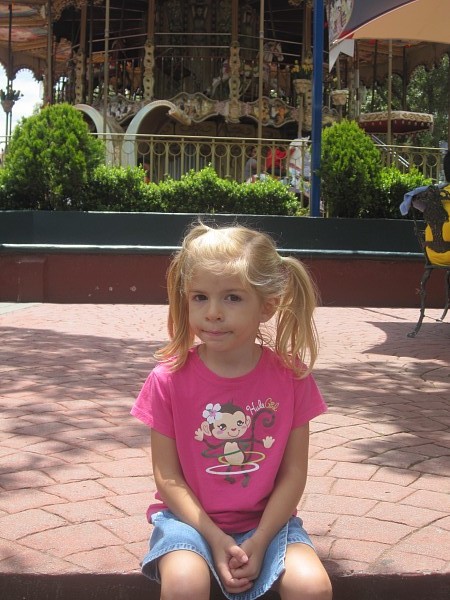 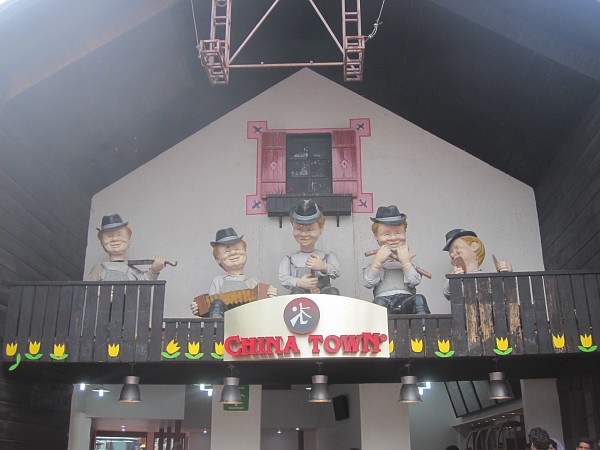 Does this picture look odd?