In the third dimension… (by Austin)

When you think of Mexico you might picture sleepy little towns with simple houses and burros walking down the street loaded up with sticks or hay.

You might not think of super modern malls.  But we have super fancy giant malls in Guadalajara with stores full of high fashion clothes and electronics like Best Buy and food courts of McD‘s and Starbucks

…and movie theaters with the newest (open before even in the States) movies on giant IMAX screens and even in 4D!!!

After literally months and months of anticipation finally the movie “The Avengers” came out.  It was released here in Mexico last week which is before it’s release in the States. 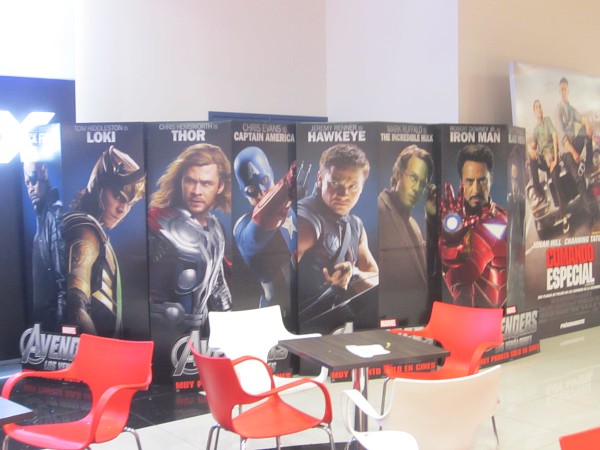 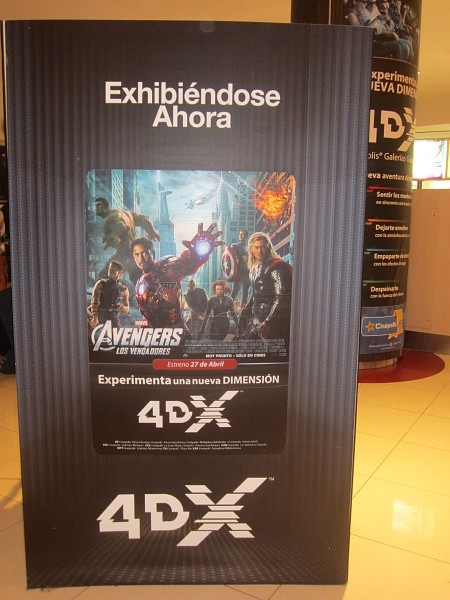 What is 4D you ask?  It’s when the seats move, you can feel heat, wind and water sprayed on you to make it feel realistic.  There are even smells like smoke.  It makes all the physical effects even more intense.

How do I rate the movie?