Today I had the opportunity to write 11/12/13 a bunch of times on paperwork at immigration.

In the 3 years we have lived in Mexico we have spent soooo much time with immigration.  Someday I will actually write about it but for now it causes so much hassle that I can’t bear to think about it any more than I have to.

This much I can say- if I could spend time blogging while waiting in lines (1 hour just to get in the door and 20 minutes to put my name on the list and ??? waiting for my turn to be told that we are still missing some random document that they neglected to include) multiple times each week over several months, you would be reading volumes instead of these little quickie posts.

Also, there are 5 of us.  We started all having the same date to renew but now -because this is one of the most random cycles of craziness- we are spread out all through the year.  That means that as soon as Mikee and I had our new visas, we had to begin the renewal process for Austin.

Won’t even go into describing how many times we have gone into town to come to the office only to find it’s closed either for a holiday or just because they did not pay the power bill and there is no electricity.

Or the time we watched 3 workers sit on the floor sorting through dozens of manila folders spread all around on the floor.

There are some who choose to leave the country every 180 days to renew -that’s a little too expensive and has it’s own mess of insecurities.

There are some who tell us we should skip that and just return back to the US -well, we are not in Mexico right now because it’s an easier way of life but we are here because the benefits for our family outweigh the hassles.  Even the hassle of being having legal temporary resident status. 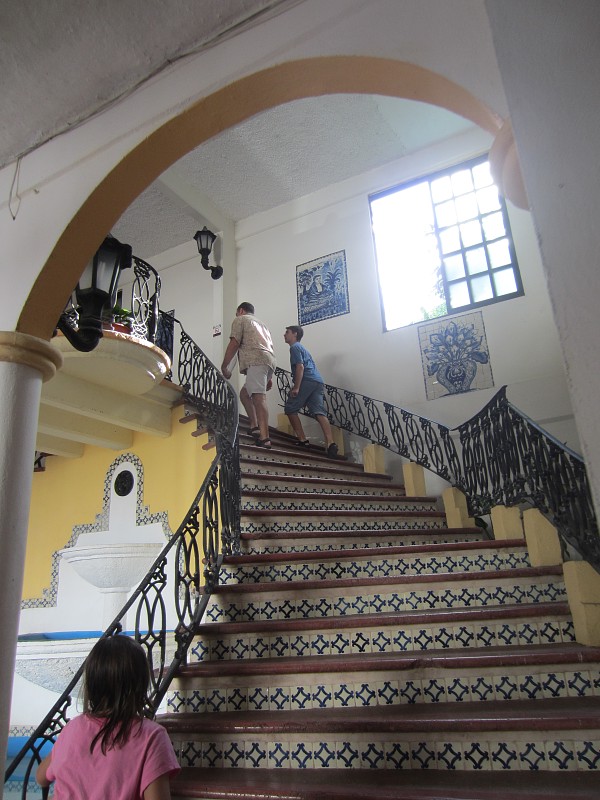 First we climb these stairs to the gov’t office -which also has no bathroom in the entire complex. 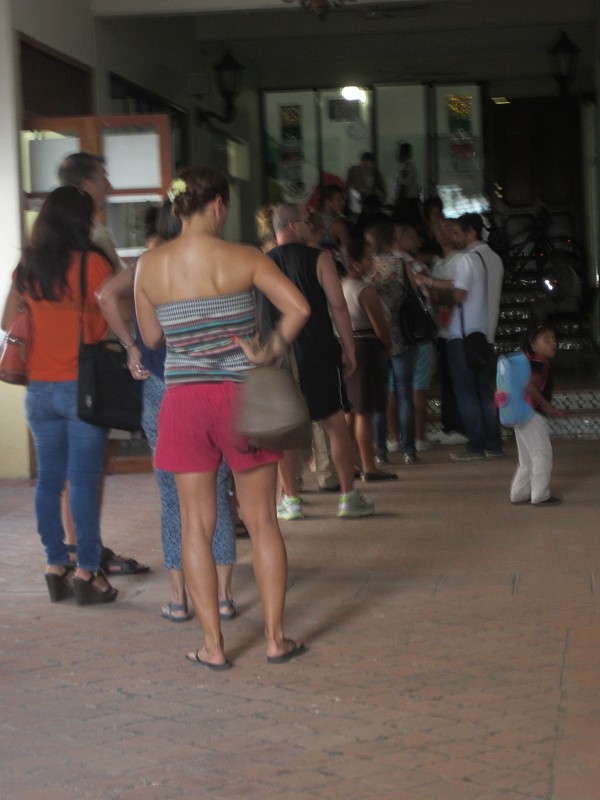 Line just to get inside the door. 1 hour. 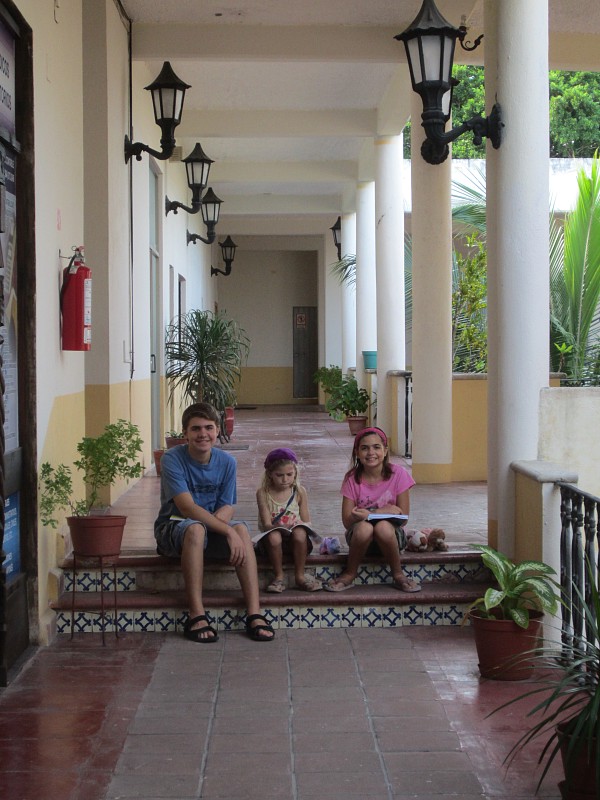 Brought along the kiddos schoolwork while waiting.

Almost inside the door to the next line of waiting to put our name on a list.