Lots of sleepy heads in the house today.

Last night we set our alarms to get up and see the ‘blood moon.’

Did you see it?

A spectacle in the night sky worth staying up for when the moon turns a burnt reddish orange.

In a total lunar eclipse, the full moon turns a coppery red as it passes into Earth’s shadow. During the process, the moon’s bright glow dims, taking on a red hue because of shimmers of sunlight and sunsets seeping through the Earth’s atmosphere.

What an amazing celestial show to watch.  The brilliant red was a more intense color than I had imagined we would see -thus, the ‘blood’ reference.  There was not a cloud in the sky as we stood there in the quiet darkness and watched the show.

I always get these things confused so,

Solar Eclipse = occurs when the Moon passes between the Sun and Earth, and the Moon fully or partially blocks the Sun.  WARNING: Dangerous to look at.

Lunar Eclipse = occurs when the Moon passes directly behind the Earth.  No warning except it’s cool to see and feel free to gaze in wonder to your heart’s content.

There will be a total of 4 times this phenomenon happens over the next year or so. 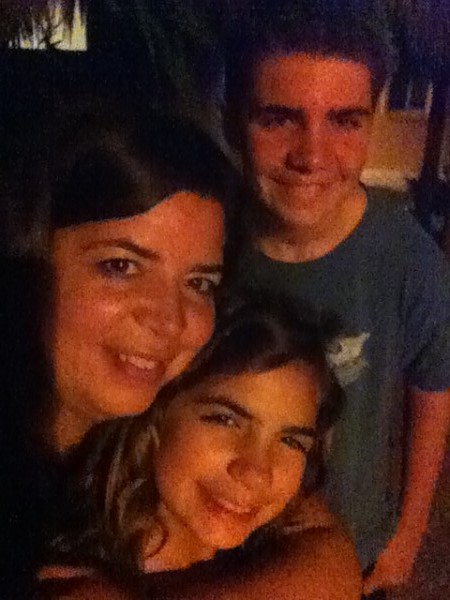 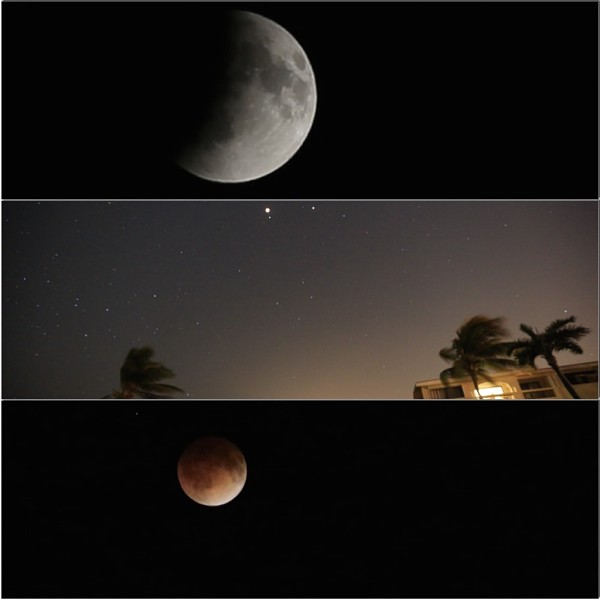