When we moved here to Mexico we brought 12 cases of books.  (and each case packed with as many books as I could possibly get in the box without busting the seams)

The kiddos read through everything we had brought and then went back and did it over and over again.

When we visited the “fancy country” (read: went to visit the States) we brought back a carry-on that was filled with books.  It weighed 80 pounds!

We live in a spanish speaking country and reading is not a high priority for many here, so it’s a challenge to find books

Recently a new book was released that we have patiently been excitedly waiting to receive.  On October 5, 2013,

was released.  In just 2 days 1.4 million copies were distributed.

It’s available to download HERE… and there is no charge!

The bible is important to us.  We work hard to apply it’s counsel in our life as a family.  We have put forth a great deal of effort into the study of it.  There are many different translations and versions.

NOTE:   A translation will…

▪ Accurately convey the original message that was inspired by God.—2 Timothy 3:16.

▪ Translate the meaning of words literally when the wording and structure of the original text allows for such a rendering in the target language.

▪ Communicate the correct sense of a word or a phrase when a literal rendering of the original-language expression would distort or obscure the meaning.

…while a version will be someone putting their own thoughts and ideas into the wording.

While the message of the Bible still has power in different versions, I do prefer a translation that is as close to the original as possible.

Many people we know in the US, Canada and other English speaking countries received it.  We would not have access to it until at least January.  In the meantime, I was checking out the online edition and also had downloaded the app onto my phone.  Still, we anticipate having the physical copies to read.

We have some amazing special friends who found ways to get us these new copies and we have each received one of these Bibles.  We did not ask for them.  Each was a surprise gift sent with love.

The first one came down snuck in-between a ton of mail that made it’s way to Mexico in the luggage of a family we know traveling from the US to Mexico.

The second was given as a thank-you for kindness shown from a friend (who knew a friend, who knew someone coming to visit, who knew a person that could get a copy)

And some very special friends managed to get 2 copies and have them travel with a relative to give to someone to give to us.

I will always smile at the memory of how we received these special gifts.

Each was completely unexpected.

And, I will never forget the looks on each of our faces discovering a treasure and rendering us a moment of speechless silence. 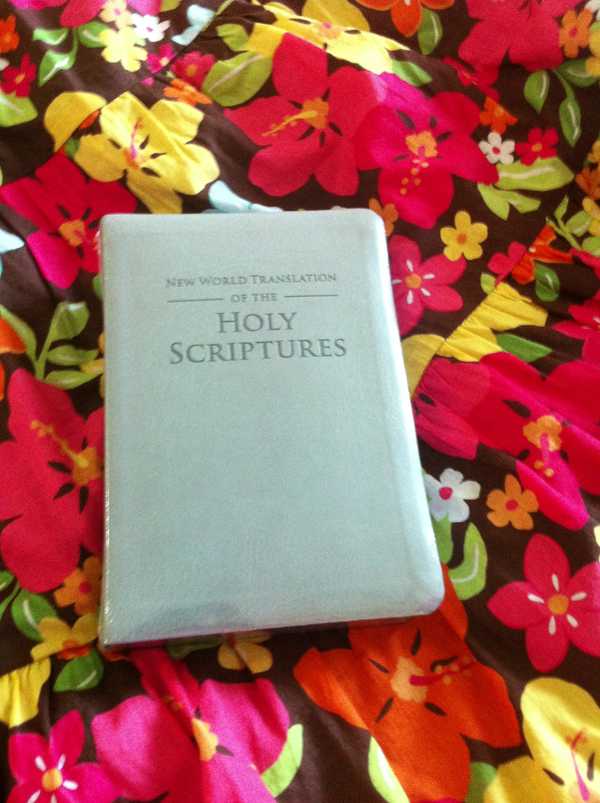 Next post: #TBT THE LITTLEST LION AND HIS BIG BROTHER