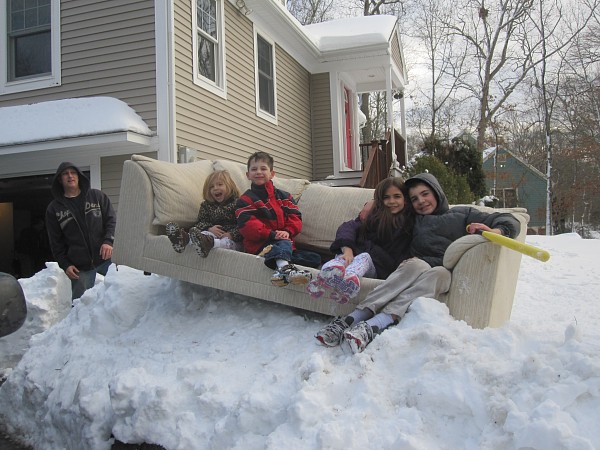 Moving day -the couch stayed behind 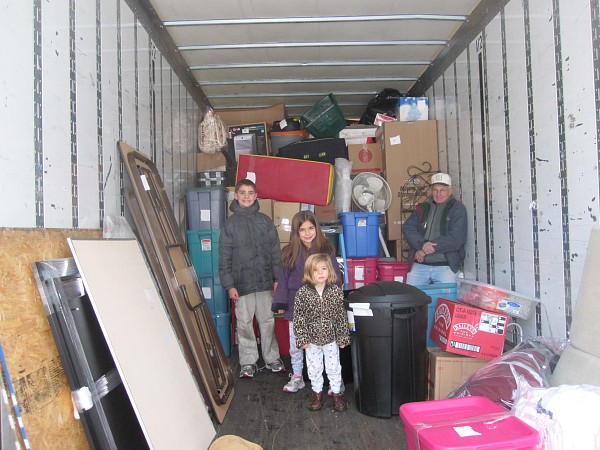 Can we ride in here?

The truck that we loaded back in Massachusetts left for it’s own journey the same day we did.  Thursday, December 30 -that feels like ages ago.

We walked into our new home on Wednesday, January 5 -that also feels so long ago.

The truck’s journey took 2 weeks longer than ours.

Once we finished packing everything, we put a wall up.  That secures the items so they don’t move and other stuff follows.  I think that everything was packed so organized and tightly that even a mouse could not squeeze into any spaces.

The truck went from our house to a trucking depot in Rhode Island.  (remember, we had the driver that wasn’t the “sharpest tool in the shed”.  he actually thought that Mexico was near Canada)  Then onto several other depots to pick up more loads until the 28′ trailer is completely full as it traveled to the border.

It stops at trucking depots to make sure it has a full load and then gets to the border in Laredo, Texas.  Then it goes through customs.  We think it might get x-rayed (not sure) and the customs agents check out the very detailed manifest before getting the ok to travel through Mexico.  (remember the red light/green light customs process)  Then it waits to receive permission to pass.  I would imagine it ends up on one of the double trailers we see along the way.  (did you see our video of passing these double trailers on narrow highways? -eek!) 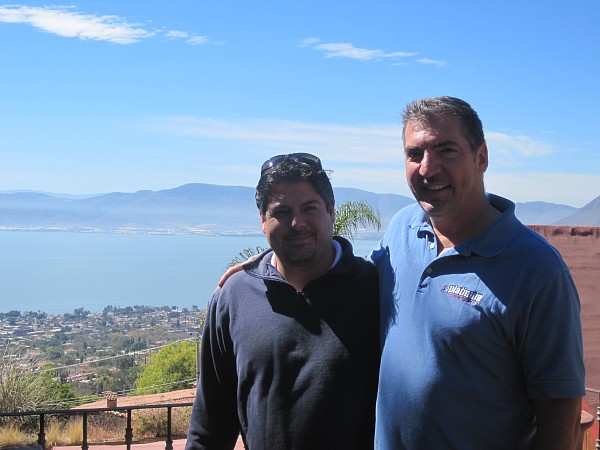 Winston is our man from Lake Chapala Moving and has been keeping us informed of the progress.

The trailer will arrive to the Guadalajara Terminal for the trucking company during the weekend.

They usually do not deliver to the Lake Area on Mondays, as it is their heavy inbound day in Guad, and most of the time deliver until Tuesday.

But I will try to convince them for a Monday Delivery. if not, worst case scenario is Tuesday 10 am.

We thought it might be here last Thursday but, alas, it was delayed.  Hopefully Monday or Tuesday.  Then Tuesday it was still being held up at the border.  Finally, we get word that the truck is finally past the border and Wednesday is the day!

Trailer has finally crossed.
Customs validated the import paperwork, and it is moving to the trucking facility now.
More details to follow…. Hurray!

Everyone is very excited …and curious to see how things look as they are getting unpacked.
Did they shift?  Is everything safe and sound?  Do we even remember what we packed?
Hopefully it can make it up the mountain, cobble stoned, steep road that we live at the top of.  (seriously, when we drive up here our heads are back against the headrests)  This road makes our crazy steep Swansea driveway look like a kiddie ride.  Everything is relative.
Winston said it would be at 11 and right at 11 we heard a truck rumbling up the road.  The kids were out by the street waiting. 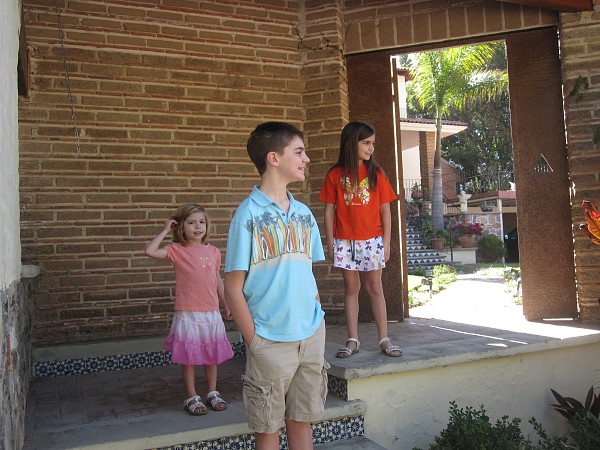 The truck made it up the hill.  It was decided to have it turn around to face down the hill.  Can you imagine if we just opened it and everything came rolling toward us? The turning idea was a good one.  The driver did a wonderful 3 point -no complaints.  These guys are used to crazy narrow winding roads. 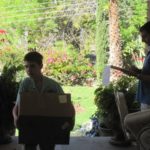 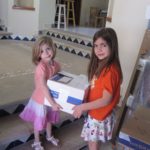 Most importantly… NOTHING EVEN SHIFTED!!!  (good job Ted -I guess I don’t have to fly back now) 😉
Everyone helped unload.  Mikee and Winston had the master checklist and told the guys where to go.
[youtube J3baSAQu8cY]
[youtube Wu72fNZmqPU]
Have you seen pictures of the house before we moved in?  There is a formal dining area with a large glass table.  That is going to be Mikee’s office.  Sweet!  That table weighs a ton.  The top is glass.  The base is stone.  Heavy.  Mikee put tape on the top to mark where the glass top needed to be placed.  Thanks to los muchachos for moving it -and perfectly into place too.
[youtube mw0WIq0MbCM]
…and tonight we will leave you with this of the kids waving adios.
[youtube tPjAW9FMsew]