So a few hours ago we started having issues with the water.

At first it sounded like the toilet was going to explode, like the water was coming in at 1000psi.

This stuff happened when we lived in Jocotepec Mexico, but we didn’t expect the same here in  “Mexico-Lite”.

The noise scared Camille so much that she jumped out of the shower (which was only supplying a small amount of cold water), slipped over the tile floor as she ran out to get my attention, and almost died. 😉

So I sent a text to Debbie our property manager saying that we had no water in the house. She is awesome. She always responds fast and gets someone over here to fix the problem.  Even at night or when it’s Christmas Eve/Day and we had other water problems.

After about 30 minutes, David the handyman asked me to test the water. 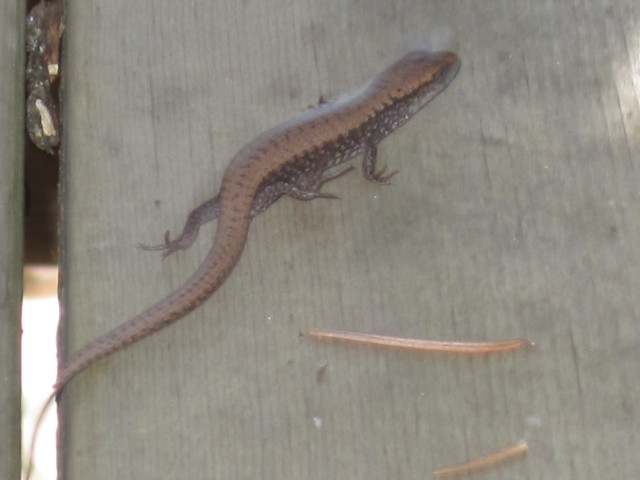 A salamander walked across the electrical terminals for the water pressure pump, shorted it out, and popped the circuit breaker.

The handyman removed the grilled drought maker,  reset the circuit breaker, and the pump started giving us water once more!